A major figure among Fribourg artists of the twentieth century, Armand Niquille (1912 – 1996) created a rich and varied work. Although the artist was proficient in different classical themes—landscapes, still life, portraits, religious subjects—it is his scenes of Fribourg, filled with poetry and mystery, where we truly grasp his great talent for aesthetic emotion and where he bears witness to the artist’s place in the city.

A look at a beautiful old article about Niquille

In 1992, journalist Pierre Gremaud, with his subtile and delicate pen, made in La Gruyère a touching portrait of Armand Niquille who was then celebrating his 80th birthday. That year, the Musée d’art et d’histoire of Fribourg devoted an important retrospective exhibition to the artist, at the same time as the book “Le Veilleur de […]
More

On the occasion of the workshop “Succession of Artists” organized by the Swiss Institute for the Study of Art (SIK-ISEA) and the Art and History Museum of Fribourg as part of its exhibition “Living Memories. Contemporary creation and heritage”, the Armand Niquille Foundation is pleased to present the activities and projects it develops to promote […]
More
Show all

During the last years of his activity, the artist takes up once again the subject matter of the floral bouquet. He sets the bouquet in a tabernacle-like niche and adds to it religiously themed symbols. His paintings of frontal views of the city or of geometrically intense landscapes integrate implicitly the artist’s profound reflections on human existence, made fragile by his questioning yet strengthened by his certainty in the supernatural. These paintings are echoed in his late religious compositions depicting the mysteries of the Church.
Gallery

The subject matter of an angel guiding human beings appears in the paintings. In works depicting the Trinity, the artist seeks to express the duality of earth and heaven, of the terrestrial and the divine. Emblematic paintings of the old “Tilleul of Morat” date from this period. Between 1979 and 1988 he paints this subject five times. As the central figure of the composition, symbol for the artist of the city’s past, the branches of the tree spread across the entirety of the canvas. The tree lined alley from Breitfeld to the Bourguillon, around the site of the Diesbach domain, attracts the artist’s attention, galvanized by his own sense of being excluded.
Gallery

Urban landscapes remain the foremost subject matter. Yet, the nakedness of winter, its expression of silence and of a sense of solitude and expectation, is the season that finds a particular echo with the artist. He also paints floral bouquets, balanced compositions that reflect his search for harmony. His “diurnal” paintings counterbalance those of nocturnal life. These are the artist’s religiously inspired works, dominated by the figure of the crucified Christ, and on the backs of which he pens either prayers or poetic or theological reflections.
Gallery

The first large-scale views of Fribourg, with natural elements associated with geometric constructions often dominated by the vertical silhouette of the tower of the cathedral, begin to appear in the artist’s work. The human figure also captures his attention. Portraits of local personalities and self-portraits alternate with stylised nudes, the latter sometimes depicted in mythological or theatrical settings.
Gallery

The 50’s – Variety of subject matter, unity of composition

The composition of the paintings become ever more structured while the subject matter diversifies in landscapes, urban settings, still life, religious or symbolic themes. These works foreshadow later paintings of a clearly defined center and a network of systematic lines. During this time the artist creates the Stations of the Cross for the church of Christ-Roi in Fribourg: fourteen paintings on a golden background, like a succession of icons, inserted into the cement walls of the church.
Gallery

The artist is not indifferent to the destruction wrought by war. Images of the crucified Christ express the violence of armed conflict as well as the artist’s religious doubts. The emphatically ringed elongated figures of these works become characteristic of his formal language.
Gallery

The artist draws on his surrounding countryside, arboreal settings, urban neighbourhoods and the lower-city of Fribourg (Basse-Ville) for his subject matter. He also paints his first still-lifes and works of a symbolic nature.
Gallery

The advanced search allows you to find a work by specifying the subject, technique, creation date or a keyword from the title.
Search

Armand Niquille is born on 30 March 1912 in Fribourg. He is the son of Césarine Niquille, née Barbey, married to the baker, August Niquille, since 1908, who would later be employed by the local tramway company. An illegitimate child, Niquille creates a pictorial oeuvre marked by his secret origins and bearing his personal quandaries. (...)
More

Discover all the publications dedicated to Armand Niquille and his painting. Some can be ordered online.
More 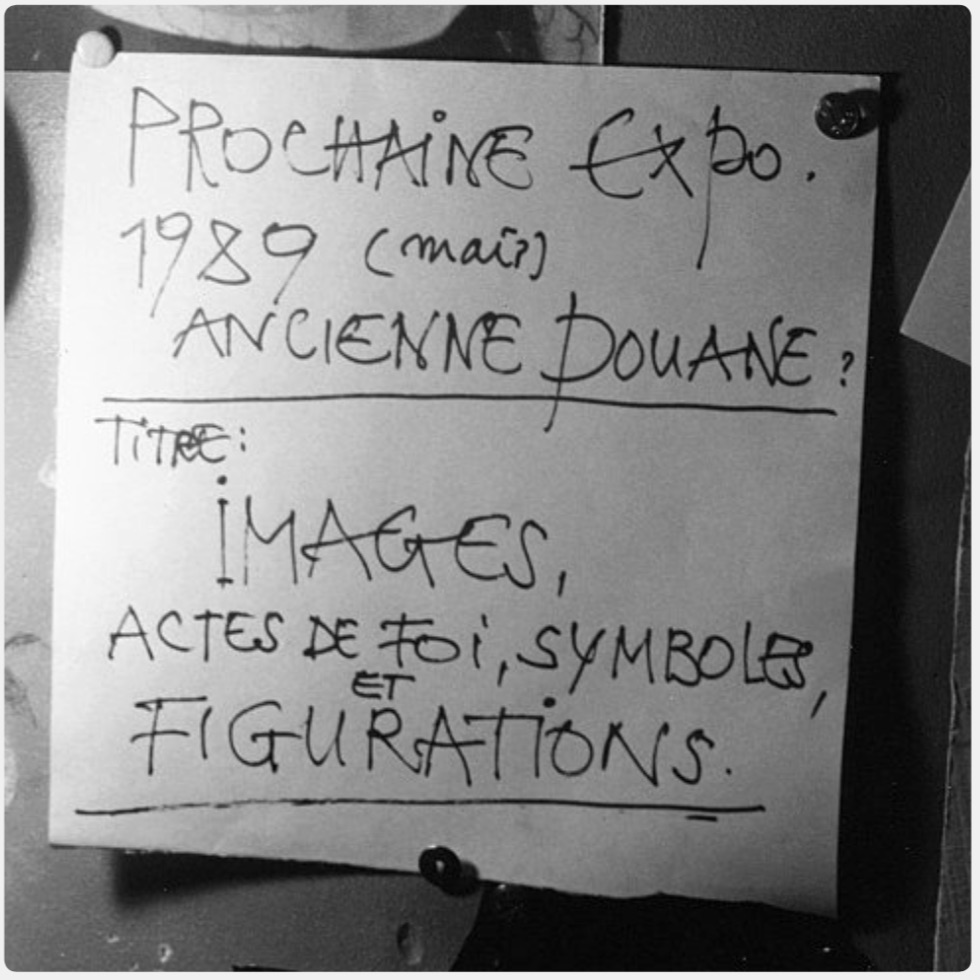 30 March to 22 April 2012
Exhibition organized by the Armand Niquille Foundation at the venue “the Rural” in Givisiez commemorating the centenary of the artist’s birth. 80 works coming from private collections.

A selection of photographic documents showing Niquille at different ages and some views of his studio.
Show all

Armand Niquille, his art and his vision of the world, are the subjects of films made in 1968, 1970 and 1992. It is possible to view them directly from this site.
Show all

Many press articles mention Armand Niquille's work. Relating exhibitions and events, they reflect the living presence of the Fribourg artist in the artistic landscape in the French part of Switzerland
Show all

In accord with its statuts, the Armand Niquille Foundation aims to conserve his patrimony, by making known his oeuvre and thereby validating this Fribourg artist of prominence in the French part of Switzerland in the twentieth century who was held in high esteem in his town of Fribourg.